This is the email you should have received! 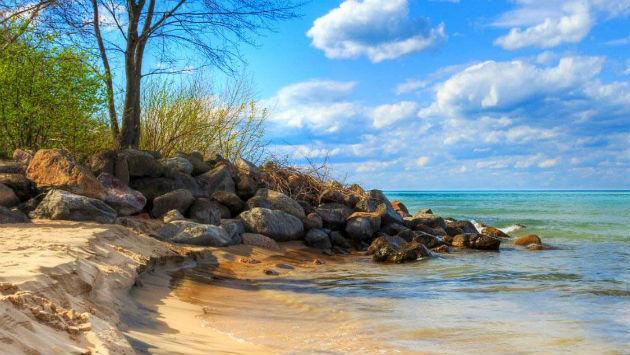 Dear, Awakening and Sparkling Children of the Earth,

Summer Solstice is here!  Also known as Midsummer or Litha, it's the longest day of the year.  Here in the Northern Hemisphere it's the first day of three months of Summer.

Throughout all time we have come to Midsummer celebrating Life, our kinship with each other, our beautiful children and our connections to our communities.

When the Sun is at its highest, we all feel the pull towards Life.  We want to be fully alive.  Like all of Nature, we yearn and stretch and we open.

Summer Solstice 2020 though, is one of those times in the development of human consciousness when there is a "punctuated equilibrium" --a biological evolutionary term that refers to aprubt change.  Sometimes the need for that change is as abrupt as a meteor hitting the earth.  Sometimes the need for change builds like the pressure that causes an earthquake.

In the language of Astrology, Summer Solstice 2020 is marked by the massive conjuntion of Saturn (the principles of Structure & Authority), Pluto (Power and Healing) and Jupiter (Expansion & Paradigms).

Jupiter joins the heavyweights and brings the urge toward greater, expanded awareness.

Beginning in June, Mars will begin a 6 month journey, irritating the heck out of the whatever's going on by challenging, pushing, fighting hard to protect the vulnerable from harm.  As the god of war, he sometimes forgets his job is about protection and needs to be reminded.

On Solstice a partial solar eclipse will be seen by parts of the continent of Africa, across part of the Mideast, all the way across China to Guam. The moon will block 99% of the Sun's light, leaving a "ring of fire" around the dark face of the moon.  Eclipses have a reputation for intensifying whatever's happening, bringing sudden shifts and abrupt change.

Mercury (the way we think & communicate) goes retrograde from June 18-July 12th, asking us to rethink, reinvestigate, relax, renew, repair and reconstruct what isn't right. It's a time when it's easier to see what hasn't been so easy to see.

All of this describes what's happening on our planet right now.  Any imbalances in our governmental structures, our legal structures, our systems of power,our use of power; any unfairness or imbalance in how we relate to each other, how we're used to thinking--is all in a kind of pressure cooker right now.

This isn't just happening at the level of nations.  It's also happening in our personal lives.

It's as if the entire universe is coming together to support real change.  Healthy, Sane, Balanced, Real Change.

We can't go back to sleep.  There's too much exploding into our awareness. So many are finding voices (and cell phone footage) to tell the real story.  Change is upon us.  Expanded awareness always leads to change.

Real Change, Lasting Change though, happens because something changes inside of us.  In our hearts, in the personal circles of our lives, each of us is responsible for making that inner change.

You could ask yourself, "Where, in my little circle of life have I not seen the suffering of the one I'm standing next to?"

Where, in my personal relationships have I not thought to ask:  "What's it like for You?" And then believed what is said, without resorting to defensiveness or anger?"

Where, in my family, with my close friends, have I forgotten to share my hurt--thinking no one wants to hear it?

When we keep our eyes closed and our ears stopped and bite our tongues because we're uncomfortable with change, we're in danger of missing the real revolution -- the one where the people find their voices, their dignity, their humanity and their right to be loved.

Good to see the green world
undiscouraged, the green fire
bounding back every spring, and beyond
the tyranny of thumbs, the weeds
and other co-conspiring green genes
ganging up, breaking in,
despite small shears and kill-mowers,
ground gougers, seed-eaters.
Here they come, sudden as graffiti

not there and then there -
naked, unhumble, unrequitedly green -
growing as if they would be trees
on any unmanned patch of earth
any sidewalk cracked, crooning
between ties on lonesome railroad tracks.
And moss, the shyest green citizen
anywhere, tiptoeing the trunk
in the damp shade of an oak.

Clear a quick swatch of dirt
and come back sooner than later
to find the green friends moved in:
their pitched tents, the fist bright
leaves hitched to the sun new roots
turning the subterranean flavors,
chlorophyll setting a feast of light.

Is it possible    to be so glad?
The shoots rising in spite of every plot
against them.  Every chemical stupidity,
every burned field, every better
home & garden finally overrun
by the green will, the green greenness
of green things growing greener.
The mad Earth publishing
Her many million murmuring
unsaids.  Look

how the shade pours
from the big branches -the ground,
the good ground, pubic
and sweet.  The trees -who
are they?  Their stillness, that
long silence, the never
running away. 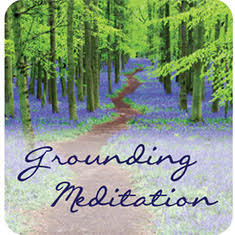